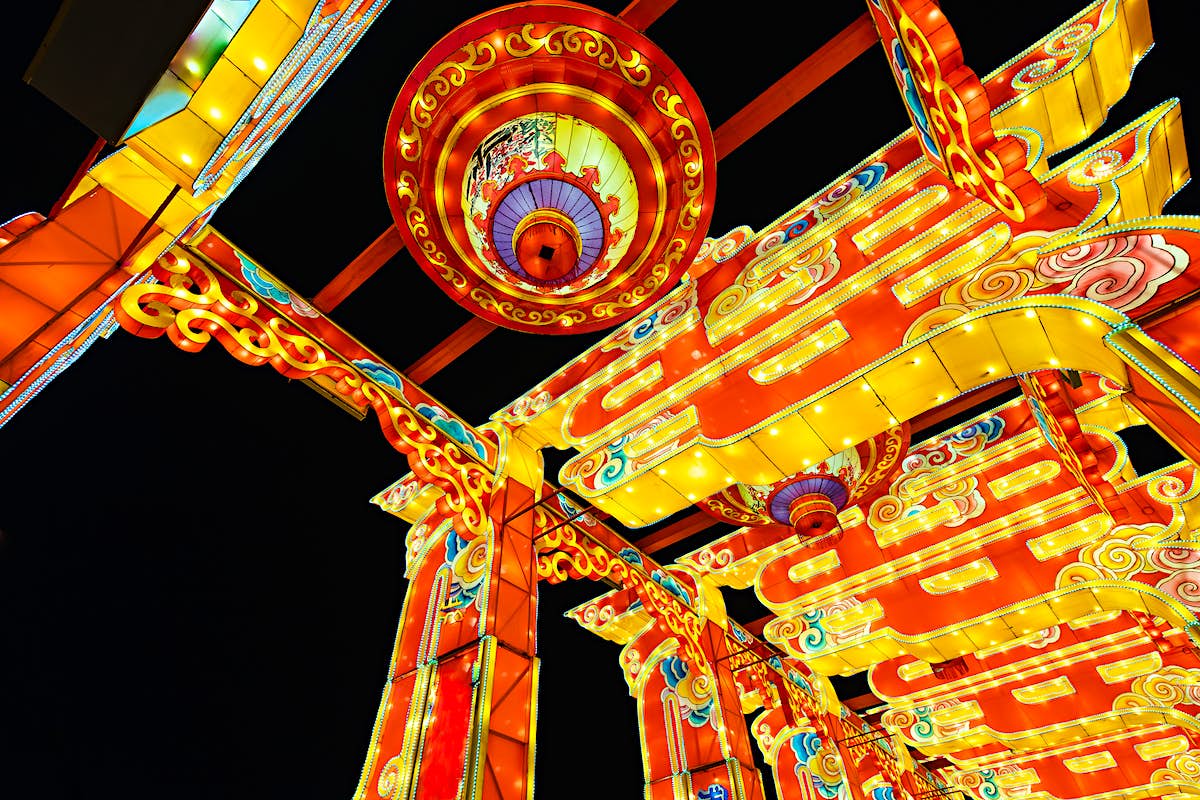 4 Festivals to Celebrate in Nanjing, China

As one of the oldest cities in China, Nankeen proudly celebrates its culture through an eventful annual calendar. History, art, food, music and more are championed by a variety of festivals that attract domestic and international travelers.

Nanjing festivals provide great opportunities for people to learn about the city, its heritage and its people. Here are the festivals worth attending for those who are visiting Nanjing or have put it on their to-do list.

As the Chinese New Year approaches, the Qinhuai International Lantern Festival, one of Nanjing’s signature events, begins to gather. A kaleidoscope of intricately detailed lanterns sits in and around the city’s sacred Confucius Temple, perched on the Qinhuai River.

From late January to mid-February each year, the areas surrounding the river are decorated with light installations, usually featuring awe-inspiring Chinese zodiac animals.

In Chinese culture, lanterns go beyond mere decoration – they are symbolic. Each year, the Qinhuai International Lantern Festival is kicked off with a “lighting ceremony,” a tradition that has taken place at countless lantern festivals across China – big and small – for thousands of years. According to some legends, the lighting of lanterns is a reminder of a tradition of war. When the Chinese armies triumphantly returned to their villages and towns, the communities hung up and lit lanterns as a warm welcome. Lantern festivals have continued to evolve over time, showcasing the best of China’s artistic and technological talents.

Be enchanted by the Nanjing International Plum Blossom Festival in China

Nanjing’s famous Zhongshan Mountain is painted in the pink, yellow and white hues of plum blossoms every spring. It’s an almost mesmerizing sight that’s arguably best seen (and admired) in person. Around February and March every year, Nanjing celebrates the plum blossom season with a special celebration.

About 35,000 plum trees make up plum blossom hill at zhongshan mountain. The garden houses an exhibition of bonsai plum trees and what is believed to be China’s oldest plum tree (the “King of Plum Trees”), over 400 years old. The plum blossom has great importance in Chinese culture. The flower is associated with elegance, strength and resilience, as it is able to withstand even the harshest winters.

A stage for traditional musicians, singers and dancers is set up during the festival, adding to the carnival atmosphere.

Zhongshan Mountain is also home to historically significant sites such as Mausoleum of Sun Yat-Sen and the Ming Xiaoling Tomb, offering plenty of activities to enjoy for at least a full day. Travelers may even spot a wedding or two among the blooms on a spring visit.

It’s the perfect opportunity for travelers to get acquainted with some of the city’s best new-wave and classic artists. Visitors can enjoy an exciting evening and perhaps walk away with a new favorite genre or artist to add to their playlists.

The festival has been held in different locations over the years, but its setting has always had two things in common: an open-air atmosphere and greenery. Past festivals have taken place at the music stage of the Sun Yat-Sen Mausoleum in the aforementioned Zhongshan Mountain Park. It usually takes place in September or October.

Just over 100 kilometers from Nanjing’s central business district is Gaochun, ranked China’s top international center Cittaslow ‘slow city”. Cittaslow is an international network of cities and towns where communities, health, environment and heritage come first by slowing the flow of life and traffic to a peaceful pace. The movement and the network were founded in Chianti, Italy.

Gaochun and its villages are full of natural resources. It is commonly referred to as “the back garden of Nanjing”, defined by bright yellow enclosures of yellow rapeseed flowers, a bamboo forest and an abundance of red maple trees.

From March to May, Gaochun hosts the Jinhua International Tourism Festival. ‘Jinhua‘ refers to rapeseed flowers. In spring, the golden yellow hue of the flowers takes over the landscape, which is why the festival is also known as the “Golden Flower Festival”.

As tourism, innovative development and self-sufficiency increase in Gaochun, residents can rely more on their locality and do not need to travel to other cities for work. Those interested in rural tourism, eating farm-to-table food and enjoying the unique Flower Festival should put Gaochun on their to-do list.

6 Amazing Trips to Do in China During Qingming Festival – Thatsmags.com