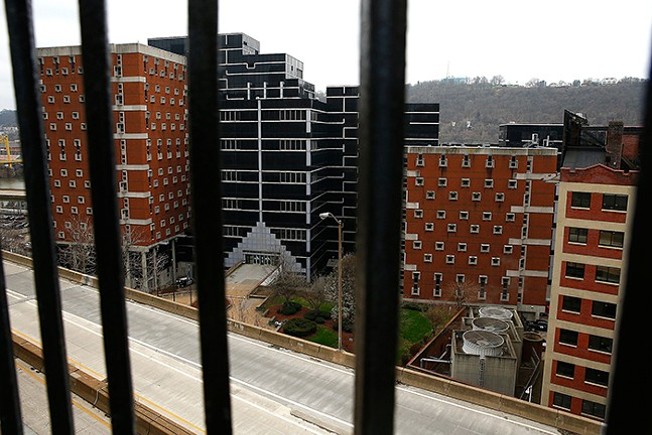 On September 20, the Allegheny County Jail Supervisory Board voted to terminate an approximately $ 450,000 contract with the Correctional Applications Unit or C-SAU in a 4-3 vote. . The council cited problems with training tactics and personnel during the three-hour debate. The contract had come under scrutiny thanks to the C-SAU chief’s workplace, media and criminal history.

During the controversial meeting, the three board members who had previously voiced criticism of the C-SAU – Allegheny County Comptroller Chelsa Wagner, Allegheny County Councilor Bethany Hallam and former Councilor Terri Klein – were joined by Common Pleas Judge Beth Lazzara in vote against the contract.

Originally, Lazzara asked to pursue C-SAU’s contract two in a September 3 meeting while investigating for more information on Garcia’s background, but on September 20, she said the Case needed to be taken more seriously and feared that C-SAU senior team leader Joseph Garcia refused to answer questions or be available at the meeting.

With the contract withdrawn, Allegheny County President Judge Kim Clark expressed concern at the meeting about the prison’s ability to comply by December 6 with a referendum banning solitary condiments, as well. than the use of restraints and chemical weapons. Clark said she trusted ACJ director Orlando Harper to do the right thing and comply with the referendum by December 6.

However, on September 21, Harper said he “did not intend to follow” the board’s decision, even though admitting that C-SAU training at the prison was now suspended.

In July, C-SAU initially agreed to a contract to implement military-style training and less lethal weapons for the prison’s correctional officers. Allegheny County officials said the contract was necessary to accommodate new policies from December 6, banning solitary confinement and the use of chemicals, restraint chairs and leg shackles . The contracts price the training at $ 347,770, plus $ 95,000 for ammunition.

However, C-SAU began to be immediately surrounded by controversy, mainly focused on the lack of transparency surrounding Garcia. The local advocacy group Abolitionist Law Center released a statement in August saying Garcia used to train correctional officers to negatively perceive incarcerated people. On September 15, a group of lawyers called on the board to reject the C-SAU contract, citing Garcia’s record of comparing blacks to dogs.

In August, it was revealed that Garcia had a criminal record in the UK and had pleaded guilty to conspiracy to commit grievous bodily harm in Britain. In 1989 he was sentenced to 2.5 years in a British prison. Last year, Garcia told a magazine in an interview that George Floyd’s death could lead to a race war against correctional officers.

Once these reports and other information about Garcia’s background and employment history were presented to the board members, they scheduled the September 20 meeting to ask Garcia questions about his background and qualifications. , as well as an explanation of these reports. However, the board never received a copy of Garcia’s resume and Garcia declined to attend the meeting.

“On the advice of legal counsel, Joseph Garcia was told there was nothing he could add to the conversation,” Jerry Baldwin, public information officer for C-SAU, said during of the September 20 meeting. “The contract has already been awarded; it has already been checked by the agency that awarded the contract as well as by others. It just wasn’t appropriate for him to be here to answer the same questions others are here to answer.