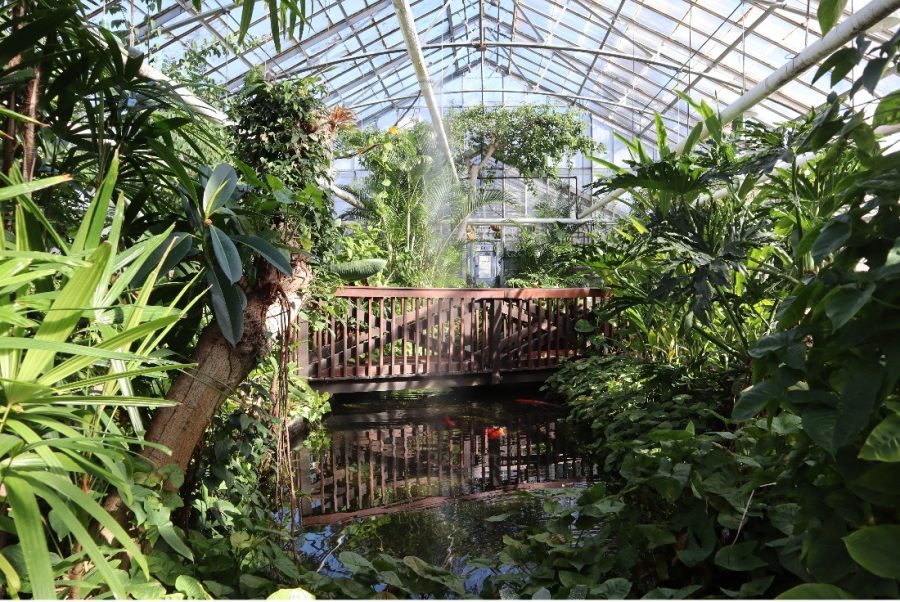 “Bugs in the Hallway”

Otherwise known as the UMass Entomology Collection, this small museum houses a vast array of living and deceased insects. With rather quiet hissing Madagascar cockroaches on the left and beautifully taxidermied fluorescent butterflies on the right, the UMass Entomology Collection is a great place to think about…insects. I wouldn’t recommend it for the fussy, but for those with a weird interest in dead things (like me), check it out after a date with Frank!

Fernald Hall is located just to the right of Franklin Dining Commons. Upon entering Fernald Hall, take the long staircase to the left up one flight, where you will immediately find the collection.

The graves of Mabel and David Todd

It may be a bit morbid for some, but for others, a place of tranquility and history can be found just outside Amherst. True to its name, Wildwood Cemetery is unique for its beautifully preserved burial sites atop small hills and between wooded forests.

It’s easy to imagine why so many historical figures chose to be buried here; two are David and Mabel Todd. David Peck Todd was an astronomy professor at Amherst College, who along with his wife Mabel hunted eclipses around the world in hopes of finally seeing and capturing one. Unfortunately, the eclipses he dreamed of survived him, as every eventual trip ended in failure. Although he ended up being the first to photograph the transit of Venus.

His wife, Mabel Todd, became an accomplished author and journalist after writing about their life together, as well as a close friend of Emily Dickinson. Todd spoke closely with the reclusive Dickinson through the walls of his bedroom, and at the time of his death Todd was given the responsibility of publishing Dickinson’s works.

As you enter Wildwood Cemetery, keep following the path to the right for a few minutes until you come to two dark twin stones just at the edge of the driveway. On Mabels’ gravestone, blackened by time, is an engraved quote from Dickinson’s work, along with the chart she created for the title of Dickinson’s “Poems.” At David, an engraved solar eclipse, worthy of the man so obsessed with them.

I have a personal theory that everyone likes a good rock. Living on campus makes it difficult to fill that void, but luckily, at Morrill Science Center, you can! The gallery houses more than 250 rock and mineral specimens generously donated by Dr. Marvin Rausch, a now-deceased UMass chemistry professor who taught from 1963 to 2001.

Internationally known for his work, Rausch began collecting specimens seen at Morrill while still in college. The minerals in this gallery are bright and fluorescent, their natural beauty showing off in the darkened room. If you push “the button” to turn off the lights, you’ll understand why Rausch became so fascinated in the first place.

Upon entering Morrill, a familiar location for STEM majors, you will need to climb the first set of stairs to the left of the entrance. Once on the second floor, step out into the hallway and you will find the Geosciences Department. Halfway there is an obvious sign outside of room 233 with a door almost always slightly ajar.

Although we are based on the UMass campus, that doesn’t mean we can’t explore other campuses in the area as well. Our neighboring school, Amherst College, may not have a number 1 restaurant, but it does have its own natural history museum.

Complete with skeletons of Ice Age megafauna, the history of our local landscape, and dinosaur tracks preserved in Hitchcock’s iconological cabinet, this unsuspecting museum is impressive to say the least. It’s only a seven-minute drive to campus and a 25-minute walk. I was deeply impressed with the breadth and variety of the museum, especially with the Hitchcock Icon Cabinet, which remains the largest and best-preserved collection of dinosaur footprints in all of the United States. Edward Hitchcock himself was a well-known geologist at Amherst College and spent his career collecting this cabinet. He eventually developed the scientific discipline now known as paleoichnology: the study of dinosaur footprints.

First, put the “Beneski Natural History Museum” in your GPS, as it will take you directly to the general area, but it’s up to you to find on-campus parking within walking distance. Once on campus, the building has a red hue with modern architecture, its entrance lined with large boulders. Once inside, head down the main hallway where you’ll come across a long display case of locked minerals. On the right, you’ll quickly see fossils evident through the glass, among the bustle of other visitors. Don’t forget to visit all three floors, as each one is different from the previous one. The Hitchcock iconological cabinet is at the lowest level.

An oasis away from the incoming cold, the Durfee Conservatory is probably the most well-known “hidden” spot on campus.

Established in 1867, the conservatory is filled to the brim with plants of all species from different biomes. From, literally, bonsai to succulents, it seems like every species has a place here. Upon entering, you are hit with the light vapor of a simulated rainforest; an attempt to mimic the conditions in which these plants naturally thrive. Fat, healthy koi even swim beneath your feet as you pause on the wooden bridge over the pond, creating a tranquil atmosphere. Whether you’re looking for a cozy getaway, a peaceful place to read or even go to a rendezvous, the place to be.

Open Monday to Friday from 10 a.m. to 4 p.m., you can walk on the Morrill side through the apple orchard, on the Frank side past the Acorn sculpture, or just before the stairs in Orchard Hill.

Amalia Wompa can be contacted at [email protected]

A guide to hiking in Tokyo