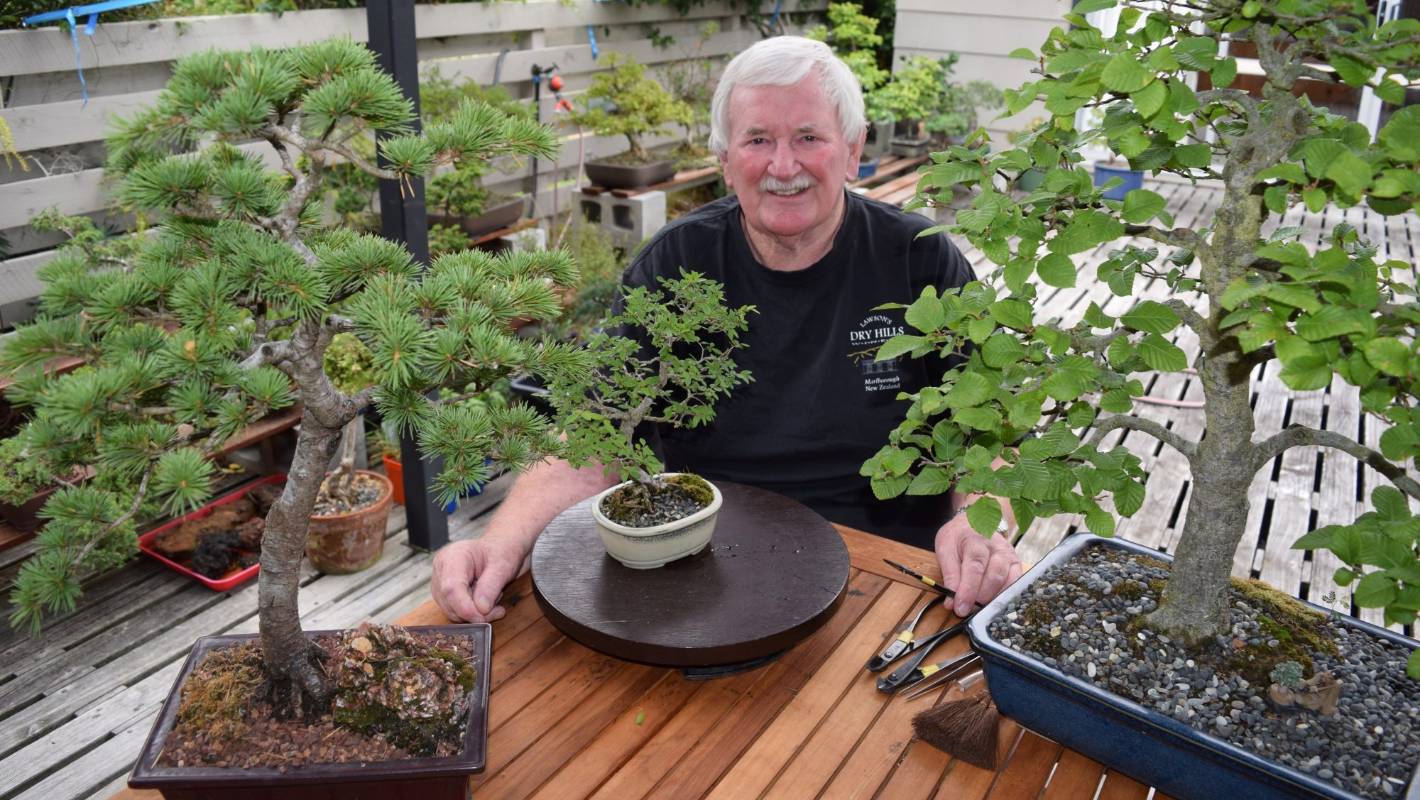 Passionate about bonsai, John Simpson works on one of his many bonsai trees.

If you’ve always wanted to know how to grow a miniature maple or a small totara, look no further.

Bonsai enthusiast John Simpson, along with bonsai specialists Rod Wegener and Ainsley Vincent, are starting a group for those who want to learn the art of growing small trees.

John says his love for bonsai has grown over the past 18 years, and it takes some skill to take care of it.

“I started very early but took a trip to Australia and the person who was supposed to water my trees didn’t really water them properly and most of them were dead when I got home. At this point , I gave up, but over the last 18 years I got back to it, “he says.

“The most important thing with bonsai is that people have bought a bonsai in the past, or someone bought a bonsai for them, and they say ‘it only lasts two or three weeks and then it ‘died. “The first thing I always ask is” where did you put it? “and everyone had put it on the fireplace or on the coffee table inside. Like any other tree, it you have to keep them out. “

He says a bonsai can be grown from almost any tree you love, from the large English oak to the delicate cherry blossom.

“It’s a great hobby, I wish I had started when I was a teenager because now is the time to start.

“I work on a lot of native trees. It’s not easy because quite often you get to a certain stage and it dies. I had a beautiful totara and I never did anything wrong and then, bang, it died like that. “

John, Rod and Ainsley’s group, called the Blenheim Bonsai Group, meets every second Sunday of the month, from around 1 p.m. to 3 p.m., at the Selmes Garden Center on Battys Rd.

The long and (very) short of bonsai