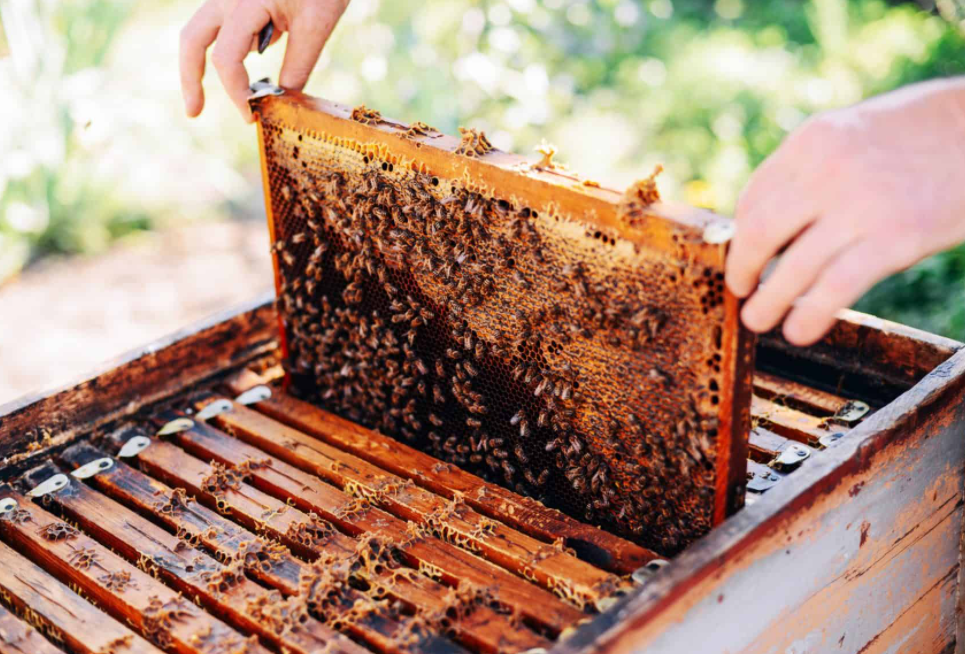 Beekeeping has now become a profitable source of income for many people across the country. Today we are going to tell you about Brajesh Kumar Verma which earns Rs. 3 crores annually through beekeeping. Mastering his skills in beekeeping, Brajesh, originally from Madarpur village of Kevali, Lucknow was hailed as the famous beekeeper of the central area of ​​Uttar Pradesh.

Besides earning a good chunk of his living from beekeeping, he also provides employment for many farmers and rural youth in the area and inspires others to practice the same not only in Uttar Pradesh but also in neighboring states.

Due to economic constraints, Brajesh started cultivating on the parent land of only 0.4 ha. He also tried to get land to rent for farming from his fellow citizens. He learned beekeeping which was promoted by the Ministry of Horticulture, Government of Uttar Pradesh in 1990. To begin with, he consulted literature on beekeeping and visited the ministry in Lucknow with his few. villager where he received a free box bee. Through his hard work and dedication, he managed to buy another 10 boxes of bees in two years thanks to the returns he got from selling the honey.

Later, Brajesh formed a group of beekeepers and registered them as “Abhishek Gramodyog Sansthan” with the Registrar of Government Cooperative Societies. from Uttar Pradesh. In addition to producing honey in large quantities, the Organization established a honey processing unit in Gosaiganj of Lucknow District with the support of the State Government Village Development Department.

The team members collect the raw honey from the different villages, have it processed for high-quality honey production, and then sell it to the various outlets in the state. Brajesh also participated in the well structured training programs / courses which were conducted at KVK, ICAR-Indian Sugar Cane Research Institute, Lucknow. This helped him to acquire knowledge about effective methods for extracting good quality honey from beehives, branding the product and its sale by establishing the various outlets in the state.

After getting good results from on-farm trial conducted by KVK, ICAR-IISR, Lucknow, Brajesh started collecting beekeeping subsidiary products from 2011. Now this KVK technology is adopted not only by he and his team, but several farmers in Lucknow and neighboring districts and states.

He started installing bee trays in mustard cultivation in farmers’ fields in Lucknow district from November to February, then migrated to Muzaffarpur, Samastipur, Darbhanga and Begusarai districts in Bihar for lychee crops, corn and pearl millet from March to September.

Earn crores every year from beekeeping

Seeing his success, many farmers connected with him for honey production, income enhancement and entrepreneurship development through beekeeping. So far, he has trained nearly 6,000 farmers. More than 1,100 beekeepers in Lucknow are directly linked and associated with his organization and produce around 350 tonnes of honey, 150 kg of pollen and 100 kg of propolis. It helps to earn around Rs. 3 crores every year.

The organization sells its products through a trading company known as “Kiran Enterprises” with an FSSAI license. Brajesh has recently started to manufacture the bee boxes, frame, wax sheet, cover (inside and top), etc., with the aim of making beekeeping equipment easily accessible to farmers and rural youth.