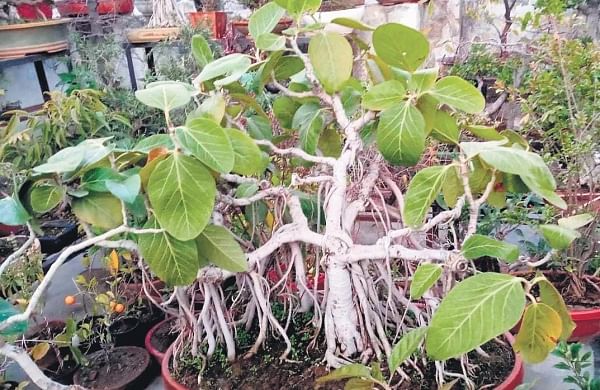 ‘Bonsai Factory’, The Theory and Practice of Bonsai Cultivation – The New Indian Express

The cramped neighborhood of Rohini in West Delhi, home to tall buildings and tiny balconies, includes a terrace that houses hundreds of small bonsai trees, adding greenery to the cityscape.

The work of 79-year-old Mangat Singh Thakur, this bonsai garden features more than 550 bonsai trees, including species like Chinese orange, mango, guava, which Thakur has diligently maintained since 2001. Its compact terrace is the place where he experiments with art.

Thakur believes bonsai cultivation is not just a routine practice; it is an art, a philosophy and a form of exercise. His interest and willingness to continue working despite his advanced age keeps him going.

years of learning
A traditional Japanese art form, bonsai cultivation refers to the practice of growing a plant in a miniature form. A bonsai tree, if planted and cared for properly, can live for hundreds of years.

Thakur first discovered the concept in 1978 at a workshop organized by the Indian Bonsai Association at ITC Maurya in Delhi. Here, Thakur understood the basics of these plants. “The more I learned, the more interested I became,” he says. After retiring in 2001, Thakur decided to carve out more space for himself to get serious about bonsai planting.

The first bonsai he planted was a banyan tree in 1972, which is still in good condition on his terrace. “This tree accompanied me throughout my transfers to various places in India. It taught me a lot about this art,” he comments.

As his collection grows day by day, Thakur makes it a point to spend two to three hours in his garden. During potting season (usually February), he works on his plants for about six hours.

Catalyst for change
Thakur was able to introduce the theory and practice of bonsai cultivation to a wide audience. He regularly posts informative bonsai videos on his “Bonsai Factory” YouTube channel – he has over 9,000 subscribers – and also hosts virtual classes for enthusiasts. He taught over 100 students in nine batches; its tenth batch begins in February.

Thakur’s work has also been widely appreciated. “I became more popular after my retirement than when I worked in the bank (laughs).”

Hoping to take these lessons forward, Thakur is writing a book on bonsai planting in Hindi. Understanding bonsai can help farmers use their resources properly, and so, Thakur adds, his book will be geared towards farmers and gardeners.

“Most bonsai books are in English and are expensive. I thought I should write in Hindi so that it reaches the common man. I also plan to keep the cost low so people can easily buy these books,” he says.

Although he is no less than a master of bonsai cultivation who is well versed in the ins and outs of this art form, Thakur still considers himself a student. “I am not an artist. I am simply a student and will remain so until the day I die,” he concludes.