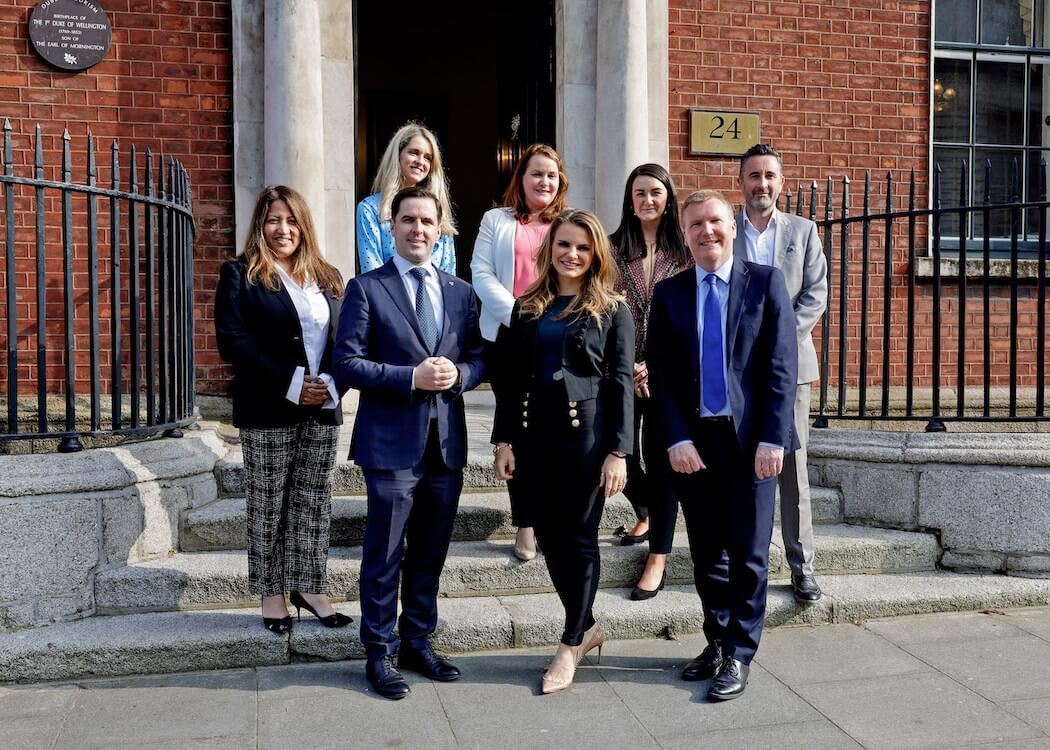 Clearco expands into Germany while downsizing in Ireland

As Clearco expands into a new EU market, the company has made staff reductions at another EU hub.

Clearco announced its official expansion into Germany last week, promising to invest 500 million euros in the country’s digital business. At the same time, the company laid off its Irish team – just three months after entering that market and announcing plans to hire 125 staff.

Clearco’s spokesperson told BetaKit that the company has not made any staff reductions in other countries or regions.

Irish media Independent.ie was the first to report last week that Clearco had reduced its staff in Dublin by around 10%. A Clearco spokesperson confirmed cuts had been made to BetaKit, but claimed they represented less than 10% of its overall workforce in Dublin. The spokesperson did not confirm the exact number of employees cut; at the time of announcing its expansion, Clearco employed a team of 75 people in Dublin.

The spokesperson attributed the decision to a “fundamentally” changing global landscape. “Strong macroeconomic headwinds caused by rising inflation, supply chain shortages and the impact of war in Ukraine are affecting all businesses,” they said.

“Like any responsible business, we are constantly recalibrating our resources to ensure we are best positioned to support our founders and employees.”

Clearco’s spokesperson told BetaKit that the company has not made any staff reductions in other countries or regions, and indicated that it still plans to hire more staff in Dublin later this year. .

Clearco entered Ireland in March with plans to invest C$164.4 million (€100 million) in digital-focused Irish businesses. The company has touted plans to use its Dublin office as an international sales and business development center for its wider projects in Europe, North America and Asia-Pacific.

Clearco has also announced its intention to add 125 additional employees in Dublin. At that time, Clearco had approximately 500 employees worldwide.

The expansions in Ireland and Germany are part of a wider global push by Clearco that began in earnest last year after the company secured C$268 million led by SoftBank. Clearco tapped Ruma Bose last June to lead its international growth strategy.

Clearco was launched in Ireland just as the country’s economy was recovering. A forecast by wealth management and capital markets firm Davy Group showed Irish gross domestic product grew by 15.5% in 2021. More recently, that growth has shown signs of easing. slow-down relative to general market conditions.

Clearco is one of many companies feeling the tailwinds of changing market conditions. In Canada, state-owned companies Thinkific and Legible have made staff cuts this year, as has integrated commerce startup Bonsai. The layoffs occur on a global scalewith big names like Lock, PayPaland Gemini make significant cuts. Other companies, such as Uber, Amazon, Meta and Wealthsimple have slow motion Where frozen hiring projects. Clearco’s spokesperson confirmed to BetaKit that the company is not currently on a hiring freeze.

With its launch in Germany, Clearco is now officially available in seven regions around the world. In addition to Germany and Ireland, Clearco is present in the United States, Canada, Australia, the United Kingdom and the Netherlands.

Clearco tapped entrepreneur and technology executive Mariam Koorang as country manager in Germany in March. Koorang’s LinkedIn notes that she is also the general manager of the DACH region (Germany, Austria and Confœderatio Helvetica/Swiss Confederation). Clearco has not set hiring targets for its German team. The 500 million euros for the country is drawn from Clearco’s existing loan capital pool, according to its spokesman.

Clearco’s interest in Germany is linked to the country’s booming e-commerce industry, which is considered one of the world’s top five or six e-commerce markets, revenue projections of 141.2 billion US dollars for this year. Investments in German startups, in particular, are booming, according to EY’s Startup Barometer: Startups in the country received €17.4 billion in 2021, a 229% increase on the previous year. ‘last year.

“We are optimistic about the largest economy in the euro zone,” said Clearco co-founder Michele Romanow, who in February took over as CEO from fellow co-founder Andrew D’Souza.

“Germany has one of the fastest growing economies in Europe and a vibrant start-up sector,” Romanow added. “We are confident that we will have a significant impact on the German e-commerce economy and enable founders to grow and grow rapidly without giving up their hard-earned capital.”

In its geographic markets, Clearco claims to have advanced more than US$3.2 billion to more than 7,000 companies.

Bonsai market will receive overwhelming rise in future forecast by 2029