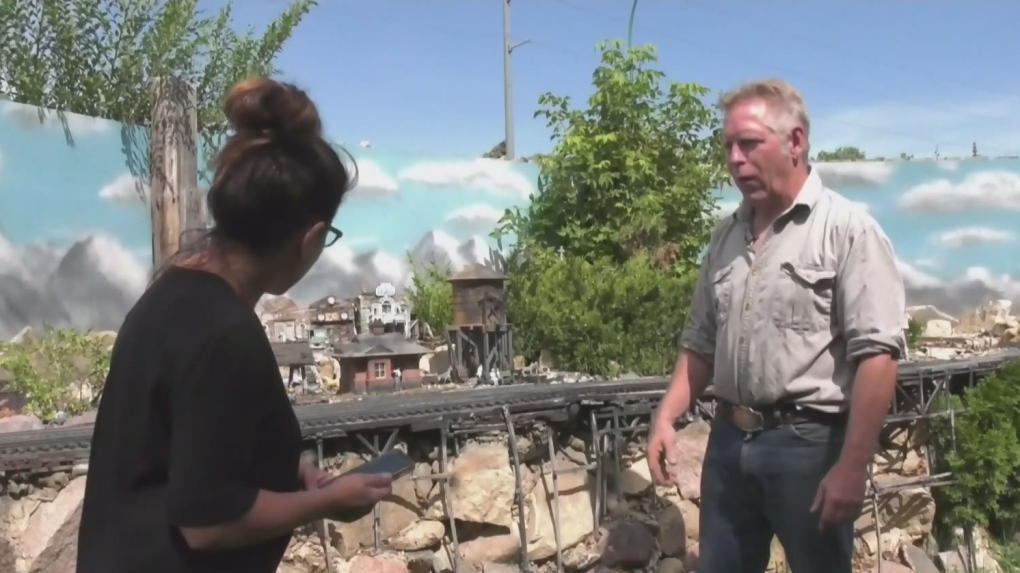 There’s a backyard in Saskatoon’s North Park neighborhood that you probably wouldn’t have thought of for a second when looking from the outside, but what’s inside the fence is off the rails.

For Brian Couldwell, his garden is the ultimate sanctuary. While some people watch a hearth while enjoying relaxation in the garden, he finds comfort in watching and listening to his train.

The current train he has set up is electric, but it also has a miniature steam engine on its track.

Couldwell has always been fascinated by the Wild West.

“It takes me back to my childhood when I loved playing with the toy trains my parents bought me,” Couldwell told CTV News.

He began building the track and the western landscape 17 years ago in his 33rd Street garden. It is a continuous labor of love.

“I see a Wild West building, so I’ll add one or I’ll see a train on eBay that I can’t resist, then I’ll buy it,” he says.

It can also offer endless facts about it. Whether it’s the rocky waterfall he created or the foliage, some of which has been part of the scene from the start.

“The miniature bonsai trees that everyone said would never survive the winter, well they last 16 and 17 years in the ground. Rocks collected from all over North America. The purples of the Continental Divide, the reds of the Painted Dessert at the Grand Canyon.

There’s even an elaborate wooden truss bridge he made.

It’s quiet in the yard most days, but this train has been the backdrop for many parties.

“I was lining up bar stools and friends were sitting down,” Couldwell said.

He’s also shared his yard – organizing fundraisers for groups like Telemiracle where children and their parents come to enjoy the train. Couldwell has also welcomed older people who share their stories with him, which he says is rewarding.

“Oh, I remember those, the record player or the woodstove,” he said.

He had other plans for this track that won’t come to fruition because – that’s the end of the line.

‘I wanted to add an old coal mine but that won’t happen as I’m selling the house unfortunately and hope to sell it with the railway,’ he said.

“I hope someone enjoys it and all the plants and trees can stay and I’ll build another one in my other house.”

He admits leaving it all behind is sad.

“Absolutely, except I hope whoever is buying will let me visit and bring one of my trains.”

The house is currently for sale.