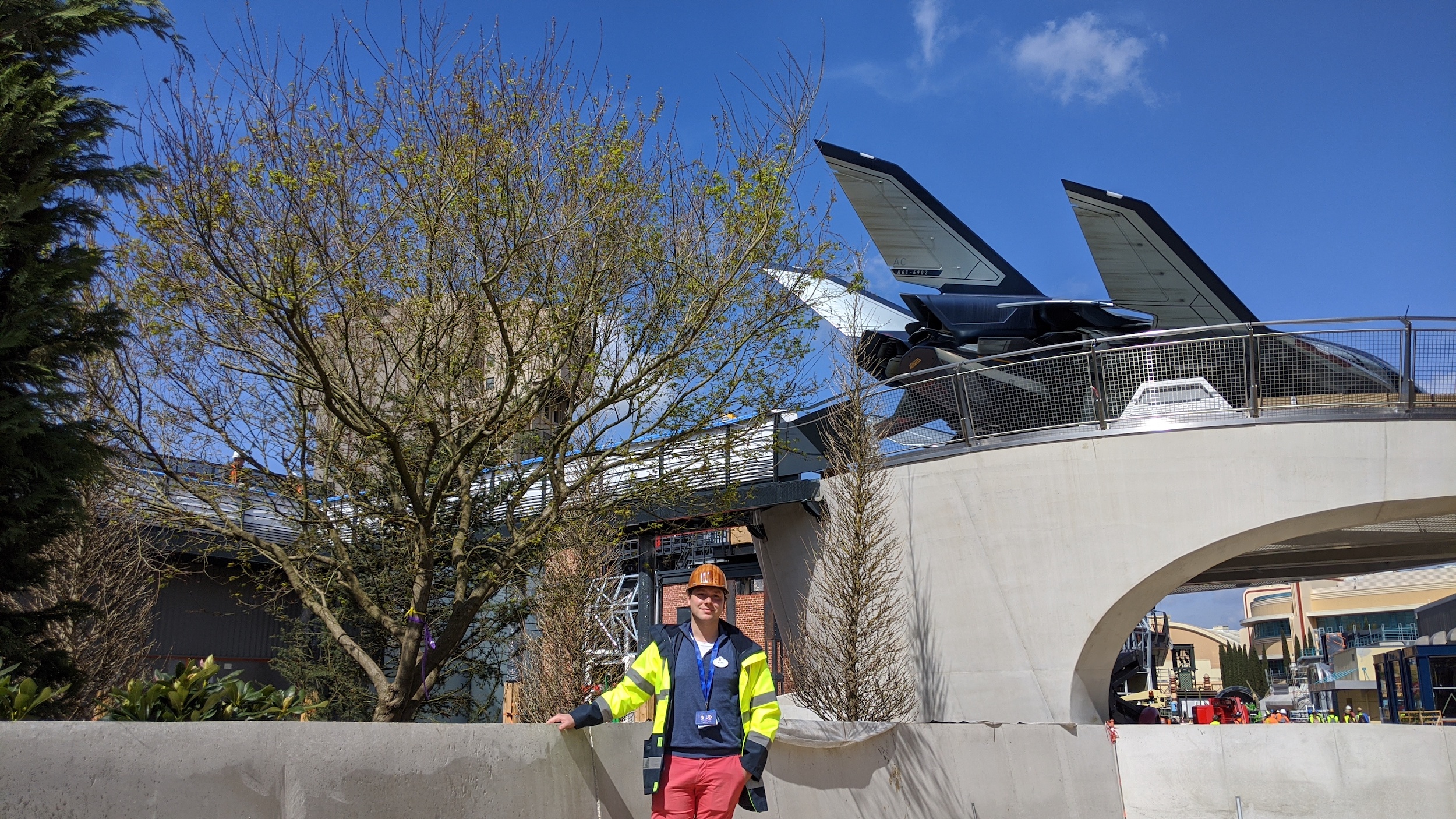 As Avengers Campus continues to be assembled at Walt Disney Studios Park, Disneyland Paris has revealed new details about the landscaping that will be seen around the new land, just in time for Earth Day!

Breathing new life into 1940s Stark facilities and transforming them into the highly anticipated Avengers Campus opening this summer in Paris isn’t just about repurposing industrial-age buildings and developing new technology. The vegetation also has its main role!

The Campus’ “green plan” is rooted in its creative concept, as landscaping has been a key priority for the creative team from day one. Creating an environment that allowed recruits to stay focused on their mission was key to making them feel empowered and ready to spring into action alongside Earth’s Mightiest Heroes. And to achieve this, the balance between architecture and landscape was essential.

To meet this challenge, the teams called on Marc Boulanger, Landscape Superintendent at Walt Disney Imagineering Paris, and entrusted him with a dual mission: to create two “green poles” – one at the entrance and the other in the center of the Campus, in order to fight against heat islands; and to participate in the unique storytelling of the Campus, by reinforcing the sophisticated and urban atmosphere of the place. “The choice of plant species and varieties was crucial. We made sure to allow a multitude of plants to thrive with more mature flowering. Thus, a multitude of Rhododendrons will bring a floral touch to the white and blue-violet shades to recall the costume of the friendly Spider-Man of the neighborhood.

The landscape of Avengers Campus is based on a subtle balance of shapes which also includes many evergreen trees from Italy, Germany, the Netherlands and Belgium. In total, no less than forty plant species have been selected to grow alongside future recruits.

In the same way that Stark Industries has worked to enhance the heritage of the industrial past, by associating it with high-tech equipment with a resolutely innovative aesthetic, the landscaping of the site is based on the enhancement of the species already present within green spaces enriched with new species. “This layering of old and new elements is also found in our work, since as soon as Tony Stark’s plans were announced, we kept the magnolias that were already on the site of the future Campus and took care of them throughout. construction. We then replanted them around the restaurants and the south entrance to give them a second life, along with new plant species.

When asked what his favorite detail is, Marc’s eyes turn to the Quinjet, the famous ship of the Avengers: “We have a beautiful Japanese maple right next to it. It is a valuable, slow-growing tree revered in Japanese culture for the art of bonsai. We chose it specifically for its particular slender architecture which integrates harmoniously with the Quinjet platform.

Just like our heroes, plant species also have their imperfections. But when they complement and team up like the Avengers, they unleash their superpowers and serve the Planet. See you this summer to discover the nature side of Avengers Campus!

Along with its themed foliage, the land will also feature Avengers Assemble: Flight Force, a roller coaster that boasts the park’s first all-electric Audio-Animatronic, which fittingly will be Iron Man.

NFTreeTokens is committed to making the NFT industry a greener space

100th Coronado Flower Show draws from ‘Bridge and Beyond’, judge, 90