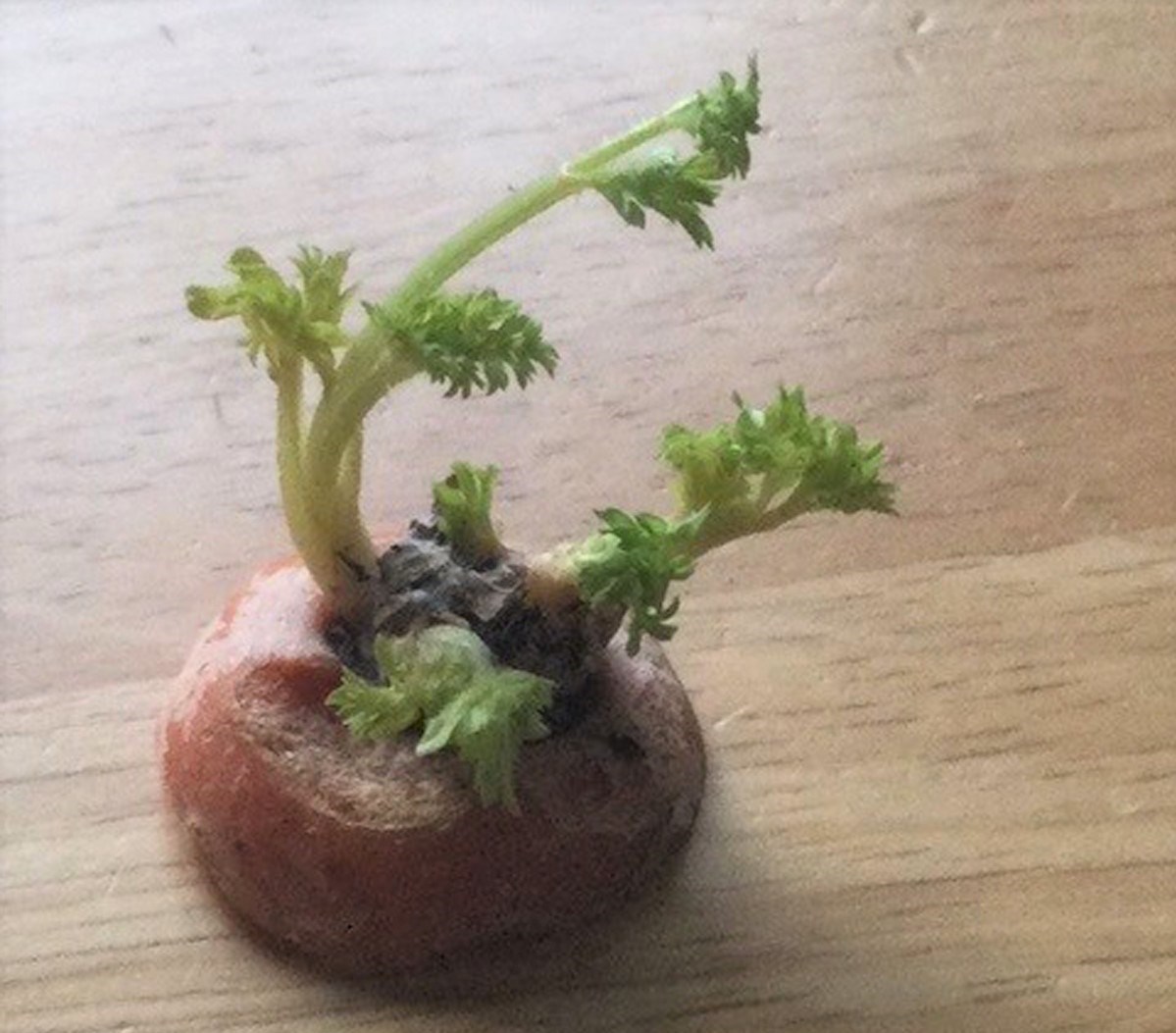 YORKTON – What do carrot tops and bonsai have in common? Brew a cup of tea and sit down with me for a few minutes and I’ll tell you a story.

A few weeks ago, I was cooking dinner and scraping carrots. One of the carrots had started to sprout, and as I cut off the top, I watched it closely. It was truly stunning, with the delicate lacy green leaves emerging from the bright orange top like a miniature forest. It was too pretty to throw away, so I put it in a small bowl with some water.

(Doesn’t that just show you how eager we are to see spring, to see new growth, when even a simple carrot catches our eye? But let me continue.)

When I looked at the top of the carrot, it looked very much like a very small bonsai tree. It made me want to learn more about this unique form of ‘gardening’, so travel with me now to Japan and let’s find out more about bonsai. Before Japanese bonsai, there was Chinese penzai: a process where the gardener tried to create a landscape scene in a small dish. But Japanese bonsai focused on a tree rather than a landscape.

Did you know that there are fifteen basic bonsai “styles”? While bonsai is certainly a creative process for the gardener to express themselves, there are certain styles that we imagine when we hear the word bonsai. There are tree-inclined, semi-cascading, windswept, and many others, including forest-style bonsai, yose-ue. This style has several trees of varying sizes, planted in a staggered pattern to resemble a natural forest. It is fascinating to see how this can be accomplished! I watched a video online and the gardener used seven maple seedlings, planting them all in a small ceramic planter that was probably six by eight inches and maybe two or three inches tall. It was amazing!

There is much more to bonsai than planting seedlings in a container and hoping for the best. Bonsai is a gardening process, but it’s also an art form, and it can last a lifetime.

Bonsai begins with planting the seedling, but there is pruning of roots and branches; the seedling may need to be wired to achieve a certain shape; and even the size of the leaves.

Once established, watering is the first and constant requirement; the plant will need to be repotted in time; and gardeners should be careful where the vegetable patch is placed, especially in winter. Our indoor climate with running furnaces, dry air and higher heat can cause problems for tree survival.

Many bonsai conventions are held every year in Japan; the oldest and most prestigious event is the Kokufu Bonsai Exhibition. This show showcases the efforts of the best and finest bonsai growers; wouldn’t that be amazing to see!

One of the most touching stories I’ve read is about a 390-year-old bonsai that survived Hiroshima. On August 6, 1945, when an atomic bomb was dropped on Hiroshima killing over 100,000 people, the tree survived. The Yamaki family, who had cared for the tree for more than five generations, donated it to the United States for the bicentennial in 1976, to be added to other bonsai donated by the Nippon Bonsai Association. The tree now resides in Washington DC and represents a message of peace.

And I learned all this because of a carrot! We never stop learning!

Thank you to our friends at YTW for their continued commitment to local news. Check out what’s new from the Yorkton hort society at www.yorktonhort.ca and have a great week!