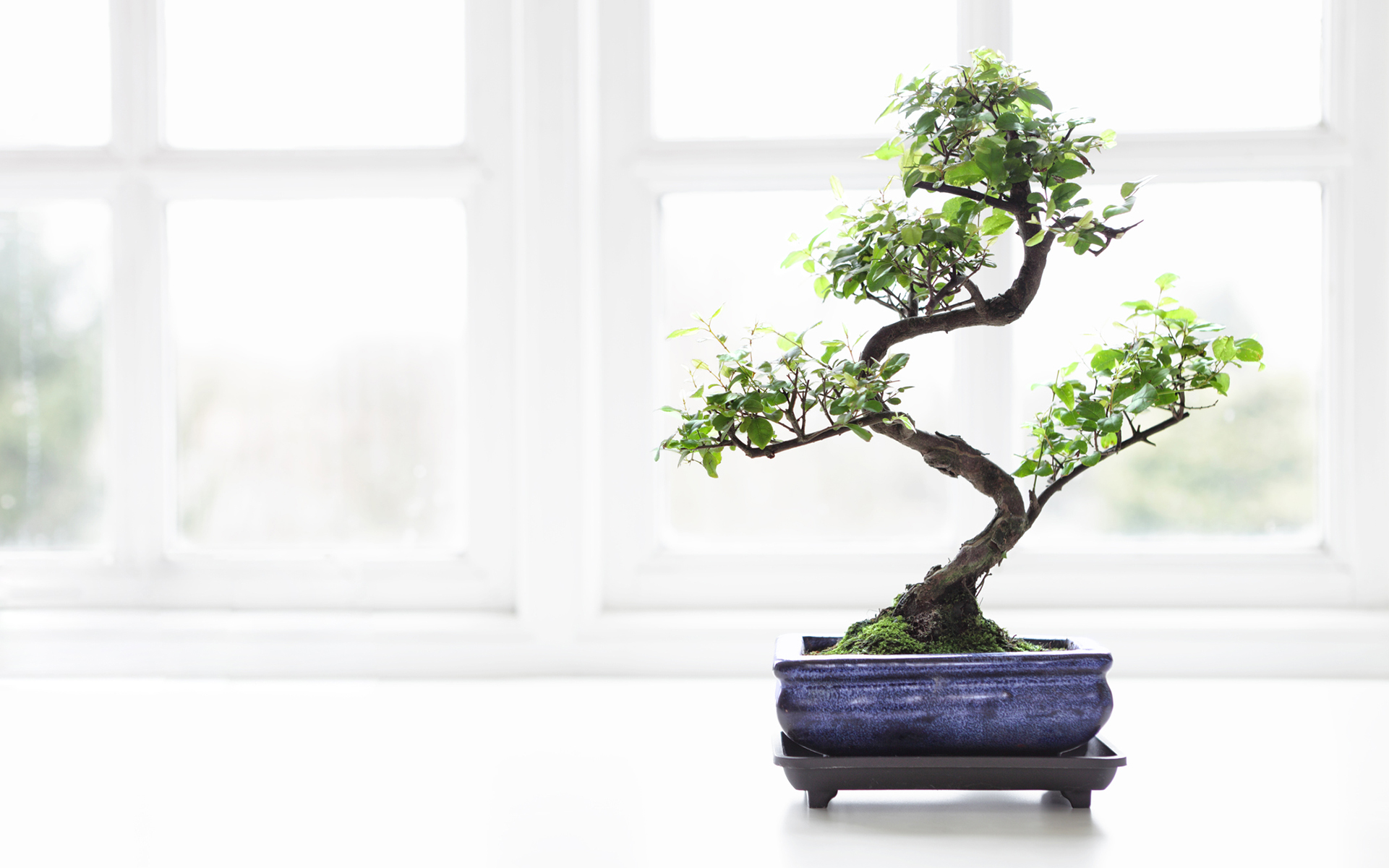 Imagine having a miniature cannabis plant that you could simply put in your window, with pretty green branches emerging from its artistically spiraling center. Sounds pretty amazing, right? It’s the cannabis bonsai dream, an idea that has gained popularity in recent years and continues to be a hot topic.

A quick Google search will bring up many articles claiming how easy it is to grow a cannabis bonsai, along with guides or step-by-step instructions. However, most come with hard-to-believe photos or renderings of said bonsai tree. Do these projects actually work?

Want to know more about growing cannabis? Check out Leafly’s grow guide for tips and advice from expert growers.

To get to the bottom of this intriguing topic, I consulted the minds of those who have experience with bonsai and cannabis. My main question: Is it even possible to grow a cannabis bonsai?

What is bonsai, and why would cannabis growers like it?

The key to bonsai is the word “miniature”. Unlike other potted plants, the joy of bonsai is in creating a small landscape that is meant to be a replica of the natural world. The bonsai has a long and rich history which originates from parts of China and Japan and may have started as early as 700 AD.

Also, just as “miniature” is key to bonsai, so too is the “art form”. It’s not a houseplant that you can put in a pot and let grow willy-nilly – bonsai trees are artistic endeavors that take time and care to cultivate. Many bonsai trees are even passed down from generation to generation, long surviving those who first gave loving attention to their branches.

Laurel Cleveland saw such bonsai at Pacific Bonsai Museum in Washington State, home to Hiroshima bonsai, as well as many others. Cleveland is the creative director of Washington’s Vela, a cannabis dispensary that shares space with a cannabis culture. This convenience allows him to witness the evolution of plants on a daily basis. Along with growing her own cannabis plants in the past and having a wealth of experience in horticulture, the aptly named Laurel has also developed a keen love for growing bonsai.

When it comes to bonsai and cannabis plants, there’s one thing she believes is important to both: a healthy respect for the plant. “I think it’s a really good way for people to start exploring [what it takes to grow] cannabis,” she says of the labor-intensive practice of growing bonsai. “If bonsai is something they already know, more than just putting something on their porch…cannabis requires a lot more care and dedication, as does bonsai, and I think that’s exactly what he deserves.”

Unfortunately, due to home growing laws in Washington, Cleveland is unable to experiment with growing its own cannabis bonsai. Still, the topic has certainly been popular lately, which Cleveland has noticed. So why this sudden resurgence of interest?

“Honestly, people want to feed and take care of something, and sometimes animals aren’t the best fit for younger generations because they work a lot and can’t necessarily give people the love and attention they need. animals. So they redirect that to the plants,” says Cleveland.

Many cannabis growers would like to see a bonsai version in their usual yield, but is that possible or just a pipe dream?

The possibilities of cannabis and bonsai

Scott Chadd is 73 years old, retired and has been growing bonsai for more than half his life. It has been an eponymous “bonsai” for 45 years. He lives in California where he owns the Lotus Bonsai Nursery and president of the Golden State Bonsai Federation.

Chadd was happy to discuss the topic of cannabis bonsai, but his perspective came with a healthy dose of skepticism.

“Not all plants are suitable for bonsai,” he says. “It is quite complex to cover the reasons, but I will list a few. The leaves cannot be large in relation to the trunk and the branch or the stem of the plant. It should have a trunk that tapers from large at the bottom to small at the top. It should have trunk movement and interesting bark. Like all visual art, we mainly deal with line, shape, texture and color. The bonsai must have visual interest, be able to hold the eye of the viewer, and be vigorous enough to withstand the rigors of bonsai cultivation.

With that in mind, does he think there could be a place for cannabis in the bonsai world? “I don’t believe cannabis produces acceptable bonsai trees,” says Chadd.

Cleveland, for its part, also foresees challenges for the aspiring cannabis bonsai cultivator.

“I think it would be a huge challenge, definitely. I think it would probably depend on the life cycle, depending on the genetics of the plant. I’ve seen cannabis plants from growers with roots like no other, so I think as far as roots go, they have the ability to ground themselves very well. Although the amount of space in the pot can be a huge factor, it’s such a vigorous plant that I feel like it’s able to grow just about anywhere. The amount of attention and care you would need to give him would be difficult.

That said, Cleveland allows it, “if you have the time to experiment, I think it would be worth a try.” She doesn’t see as many pitfalls as Chadd: for example, the rapid growth of cannabis is seen as an advantage in her mind, rather than a downfall of the plant.

“I think people who know bonsai will have a little less of a learning curve,” she says. “If you lose a bonsai, it’s heartbreaking, because it takes years and years to grow it. Cannabis grows faster, so because cannabis is so vigorous and hearty, you can see the changes happen faster and learn more about the plant.

Caring for a cannabis bonsai

As for the classic form of bonsai? Well, maybe there is some hope. Cleveland believes that with low-stress training and ample time and space, a cannabis plant could grow into the shape a grower desires. His theory is credited by YouTuber Andre Pyrah. Based in Amsterdam, Pyrah experimented on her channel with growing cannabis and managed to train some plants to twist and bend in shapes reminiscent of traditional bonsai.

What about flowering? Could a real cannabis bonsai produce a smokable product? The answer to this may lie in the flowering cycles of other bonsai trees. While bonsai trees may be allowed to enter a flowering life cycle, many growers report that many of these trees do not return after flowering (depending on strain and genetics). So, it remains to be seen if a flowering cannabis bonsai would come back with the same vigor it had before, or even survive.

Ultimately, the art of bonsai is perhaps less about what the tree can do for you, and more about what you can do for the tree. The cultivation of bonsai is a task that requires the artist to show precision, care and attention to the tree. The reward lies in the beauty of creation, the joy of seeing a landscape of the world in miniature form, and the knowledge you have nurtured from this. If there’s one thing bonsai and cannabis growers share, it’s a deep passion for their plants. With time and dedication, chances are we will eventually see the two passions merged into one.

Rae Lland is a freelance writer, journalist and former editor of Weedist and The Leaf Online. With a focus on culture, music, health and wellness, in addition to her work for Leafly, she has also been featured in numerous online cannabis publications as well as print editions of the magazine. Cannabis Now. Follow her on Instagram @rae.lland

By submitting this form you will be subscribed to Leafly news and promotional emails and you agree to Leafly’s Terms of Service and Privacy Policy. You can unsubscribe from Leafly email messages at any time.