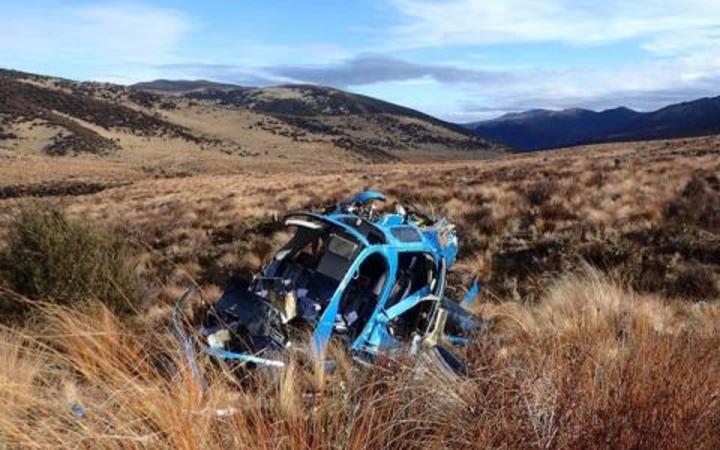 An investigation into a fatal helicopter crash in 2018 found that the pilot lacked training and that there was a mysterious fuel control fault.

A helicopter crashed, killing one and injuring four others, in the Kaimanawa mountain ranges in 2018.
Photo: Provided

The plane, owned by the Hawke’s Bay helicopter, was monitoring crops at Ngāmatea station in the Kaimanawa Ranges when it crashed and one person died on June 14, 2018.

Two people, including the pilot, were seriously injured, while two other passengers were slightly injured.

The Transport Accident Investigation Board found that the helicopter’s engine control unit had detected faults and automatically went into rescue mode with a fixed fuel flow.

When the pilot tried to get more power, the engine did not respond.

An unknown failure caused the automated system that controlled engine power to fail, the commission said.

The fault was intermittent, so even though it had happened before, the company could not fix it.

The commission called for improvements in pilot training so that pilots are better prepared to deal with the risks presented by particular helicopters.

“The way to deal with this type of engine control unit failure was for the pilot to switch to the manual throttle,” said chief accident commissioner Harald Hendel.

“The manufacturer’s formal training includes flying with a manual throttle, but the pilot did not receive such training in New Zealand, so it is likely that the pilot misunderstood manual mode and emergency procedures. and was reluctant to select manual mode. “

The committee also recommended promoting awareness of the benefits of wearing helmets on certain aircraft.

No one on board was wearing a helmet, likely because the operator did not have a formal policy on this, according to the report.

Since the accident, the company has implemented a policy requiring pilots to wear helmets on all flights.

Learn the art of making bonsai at Ekta Nursery near SoU