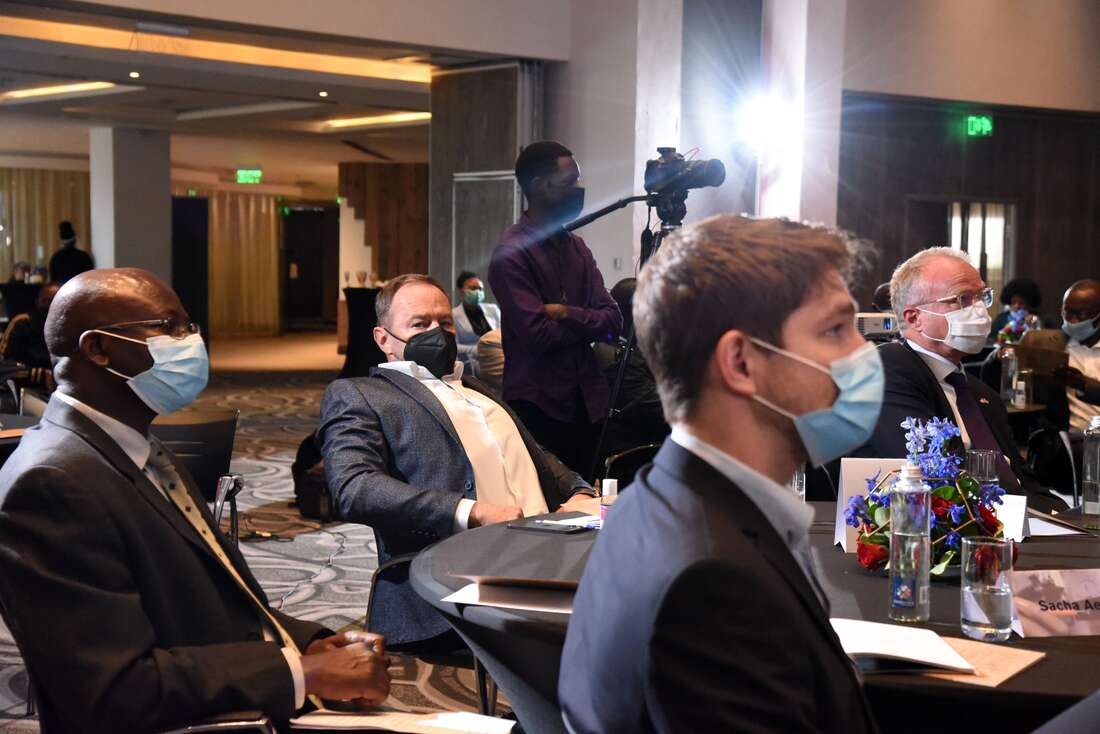 One of the most important conversations taking place in Kenya right now is about how to create more and better economic opportunities for young Kenyans who have completed their formal education and now want a job.

An ambitious new project recently launched by Swisscontact and the Hilti Foundation will explore the potential of the Swiss vocational training model for the Kenyan market. The first indications are promising.

In education, as in many other fields, nations have an interest in studying what others have done to solve problems similar to those they face. And after such a study, they can then select from among the successful models, a few ideas that can be transplanted to meet the unique challenges of each country.

I think there may be useful lessons for Kenya in how the Swiss apprenticeship system has evolved over the years, to become one of the pillars of our economic success, as well as a mechanism for social inclusion.

Kenya faces a major challenge in creating enough jobs for its young people. Like many countries, Kenya has many highly qualified students but not enough employment opportunities.

One thing Switzerland is well known for is its pragmatism. We Swiss have the advantage of living in a country that constantly seeks the right balance between theory and practice, in order to allow all sections of society to prosper. This characteristic is one of the pillars of the stability of the Swiss political system.

Education and training in Switzerland are also good examples of this pragmatic attitude. Indeed, Switzerland has a flexible and dynamic education system, offering different avenues to young students, taking into account their skills and interests, but also the needs of the economy.

Let me briefly describe how this system works.

In Switzerland, education is administered by the cantons, the equivalent of counties in Kenya, and not by the central government. However, the system is to a large extent harmonized and similar across the country. It cannot in any case be said that a certain canton offers a higher quality of education than others.

Compulsory education generally consists of eight years of primary school and three years of college. Then, when the students are about 15 years old, they can choose between several possibilities. They have two main options.

The first is the classic high school route to continue the general studies course. This option usually leads to university studies. The second option is to do an apprenticeship, which is more practical and aims to allow the student to learn a specific trade, and thus to offer a direct path to a career in this field.

The apprenticeship is said to be alternating because the training takes place both at school and at work. While the work-related part is carried out at the workplace of the company which employs him, the apprentice also continues to follow theoretical training in the classroom.

In a typical example, an apprentice would spend two days a week at school and three days at work.

The dual system has two particularities, all the more important as they mark the specificity of the Swiss system and are at the heart of its success.

First, the system is very flexible. The choices of 15-year-olds are not necessarily final, as there are many ways to change course afterwards.

Even if someone does an apprenticeship as an electrician, they still have the option of going to college without having to start all over again. This is crucial, because it takes the pressure off young students to have to make a final choice. It also encourages them to choose the path of learning. Honestly, who among us knew exactly what he wanted to do for the rest of his life at the age of 15?

The second particularity of the Swiss dual system is that apprenticeship is an integral part of the Swiss education system. They are highly regarded in Swiss society and are not seen as the “little sister” of an academic career. This respect is also reflected economically. Apprenticeship offers employment opportunities with good working conditions, including in terms of wages.

And let me stress that the high value attached to vocational training both socially and economically is absolutely crucial for its success.

The value of apprenticeship in Switzerland can be demonstrated statistically. Today, more than two-thirds of Swiss students choose apprenticeship after compulsory schooling instead of traditional high school.

Many high-level businessmen and political leaders in Switzerland are former apprentices. Sergio Ermotti, until recently CEO of UBS, the country’s largest bank, was an apprentice and did not go to high school. The same goes for Ueli Maurer, the Swiss Minister of Finance and President of the country in 2019.

Successful apprenticeship enables young people to acquire practical skills, in addition to general knowledge, and to be ready for the job market. This success is reflected in particular by the fact that Switzerland has one of the lowest youth unemployment rates in the world.

There is also an added value in the dual apprenticeship program. It can be clearly demonstrated that the economic value of the work performed by apprentices far exceeds the costs of their training.

In short, it means that the system benefits businesses in real terms. Not only in the long term, but even during the very years they are training their apprentices.

Dr Zellweger is the Swiss Ambassador to Kenya