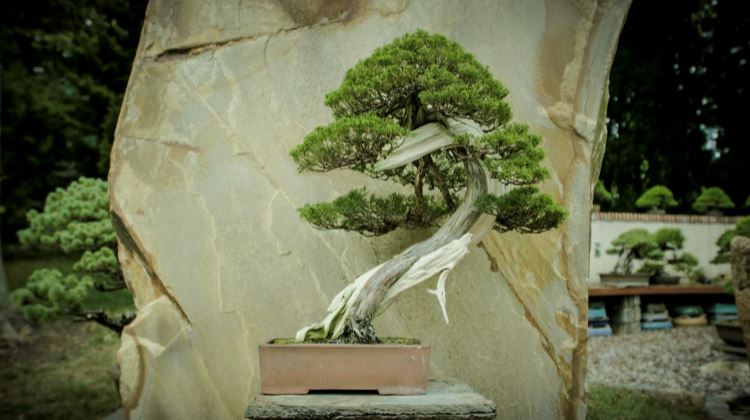 A Chinese juniper (Juniperus chinensis ‘Shimpaku’) from the Kennett collection is among the plants that will be donated to Longwood Gardens.

Longwood Gardens this week received a donation of 150 extraordinary bonsai trees and will receive a $1 million bequest to care for the distinguished Kennett Collection.

Hailing the donation as the finest private bonsai collection in the western world, Longwood officials said the addition elevates the garden’s collection to a global level.

“These important bonsai trees, which have been carefully and thoughtfully trained, will make Longwood’s collection one of the most important in the country,” said Paul B. Redman, General Manager of Longwood Gardens. “We are extremely grateful to Doug Paul for this transformative gift and the faith he shows in our bonsai program by entrusting us with these
important living works of art.

Bonsai are ornamental trees or shrubs grown in pots and artificially prevented from reaching normal size. They are prized as works of art for their beauty, which often contradicts what one might consider to be the standards of the gardening world.

Longwood, a former Du Pont estate in Kennett Square, Pennsylvania, displayed examples from its existing collection of 78, known for the diversity of flowering species and four remarkable trees developed by artist Yuri Yoshimura, in individual frames of shadow boxes that rival a display in museums.

A small plant that sprouted a full-size pomegranate has fascinated visitors for years.

Part of the gardens’ $250 million Longwood Reimagined project is to create a new outdoor Bonsai courtyard and the Kennett collection will be the centerpiece of this exhibit when it opens in 2024.

Paul’s gift will come in two parts. The first concerns the 50 plants that will be donated to Longwood over the next two years and money to support their upkeep.

The second will be a bequest of 100 additional specimens and an endowment of $1 million for ongoing maintenance of the collection and additional acquisitions. It will include related parts, such as containers used for display.

Among the plants Paul is donating are those called bonsai kicho or important bonsai masterpieces because of their beauty or rarity, according to a press release.

“Most importantly,” the Longwood Gardens statement said, “it will add significant examples of rare Japanese tree species, making Longwood Gardens the premier collection of Japanese-trained bonsai on public view in the United States. .”

“I am delighted to donate specimens from the Kennett collection to Longwood,” said Paul. “I have spent many happy years managing these bonsai trees and sharing them with other bonsai connoisseurs at the Kokufu Show, the Westminster dog show of the bonsai world. I now look forward to an audience wider can enjoy their beauty and splendor in Longwood.

RELATED STORY: Longwood will spend $250 million to redo the conservatory for the 21st century

Paul started the Kennett collection in 1999. It now has 1,200 specimens that have been cared for by the world’s leading bonsai experts.

Many have been invited to be exhibited at the Kokufu Bonsai Exhibition and have been designated “Registered Masterpiece Bonsai” by the Nippon Bonsai Association.

“Paul has been able to do what no one else has done in the United States, which is to import, maintain and improve specimens from Japan of the highest quality,” said Peter Warren, the top professional at the bonsai in the UK. “Once the Kennett Collection trees are located in Longwood, it will undoubtedly be one of the top three collections in the United States. All of the trees in the collection hold a unique and prestigious place in bonsai history. , over several generations.

The first 50 trees arriving in the next two years include examples from many of Japan’s most famous nurseries, including the Chinsho-en nursery run by the Nakanishi family in Takamatsu as well as plants from world-renowned bonsai artists. , such as Kimura Masahiko; Suzuki Shinji of Japan; and Suthin Sukosolvisit from Boston.

The giveaway will also include jaw-dropping Omono or “extra-tall” bonsai trees, standing three to four feet tall and weighing a few hundred pounds each.

Seven of these bonsai will be immediately displayed at the Longwood Conservatory, where they can be
visible until November 13, 2022. 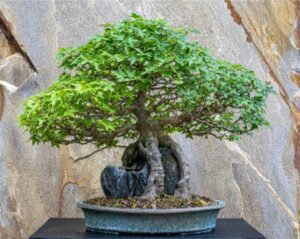 A trident maple (Acer buergerianum) in the root-on-rock style was popularized over 100 years ago in the Nagoya region of Japan. This specimen was developed by Boston bonsai artist Suthin Sukosolvisit, who is considered by many to be the best trained non-Japanese artist in the western world. The balance and movement of the roots up and down the rock is close to ideal, and the tree has reached a superb level of maturity with an incredibly dense canopy of well-branched twigs and branches. 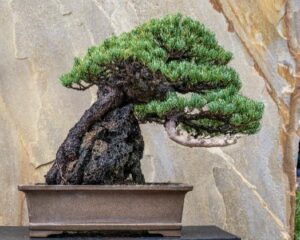 A 24 inch Japanese white pine in the root-on-rock style, developed by Kimura Masahiko. 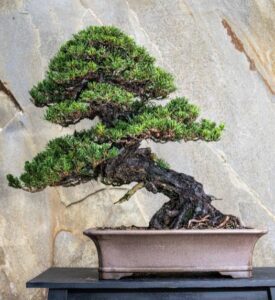 The Japanese black pine (Pinus thunbergii) is considered one of the most important species in Japan and is revered for its vigor and longevity. This specimen, which stands 20 inches tall and in the straight style, was originally trained under the care of the internationally renowned Suzuki Shinji. 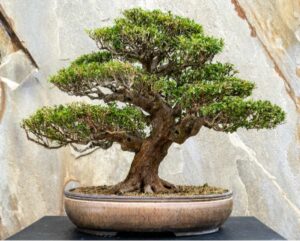 A hybrid Satsuki azalea (Rhododendron ‘kinsai’) of the kinsai variety, which is known for the resemblance of its flowers to a firecracker – a distinctive red flower with acorns. This superb specimen, originating from the garden of Kunio Kobayashi, founder of the Shunkaen Bonsai Museum in Japan, was trained in the informal upright style and stands out for its distinctive branching structure and muscular trunk with sinuous veins.

The majority of the 50 bonsai trees in the Kennett Collection giveaway will go on long-term display during the grand opening of Longwood Reimagined in late 2024.

The new outdoor Bonsai Courtyard will be built next to the new West Conservatory. Hedges and charred wood walls will create an intimate gallery-like space, where dozens of bonsai trees will be displayed on freestanding pedestals against dark backdrops that showcase their shapes, foliage and seasonal blooms, according to Longwood.

Starting with 13 trees purchased from Yoshimura, the collection has now grown to 78 trees with 50 species represented. The Longwood collection is notable for the significance of the flora of its local landscape. The oldest trees in the collection have been in formation for over 110 years.

Longwood also has tropical trees, eight of which were added in 2021 and include notable examples of a tigerbark fig, Ficus retusa, with aerial roots; a Vietnamese blue tree,
Trifidacanthus unifoliolatus, with fragrant purple flowers; and a desert rose, Adenium obesum, an African succulent with bicolor pink flowers.

The collection also includes a small but significant group of eight Japanese imports.

Betsy Price is a freelance writer from Wilmington with 40 years of experience, including 15 at the News Journal in Delaware.

New exhibition Leila Jeffreys: The wound is where the light enters