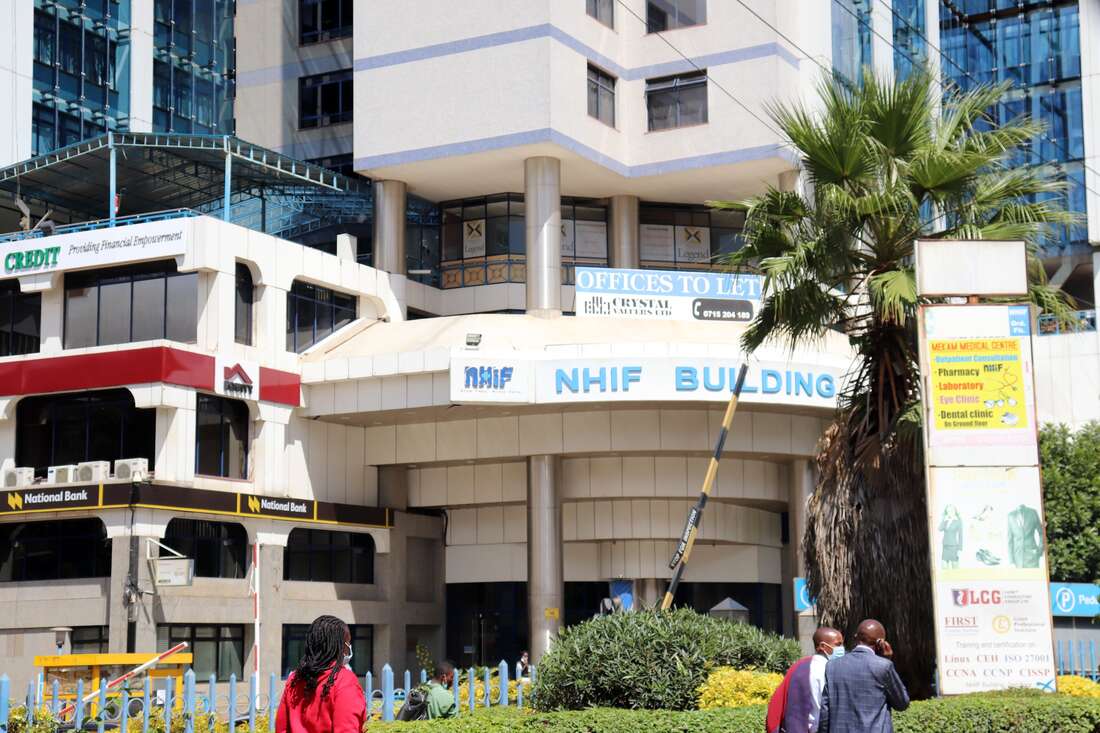 All Kenyans will be required to be members of the National Hospital Insurance Fund (NHIF), with employers supplementing contributions from those who pay less than 500 shillings per month.

MPs last night approved changes to the NHIF law, which now requires any Kenyan over 18 to contribute to the fund.

Government-backed National Hospital Insurance Fund (Amendment) Bill will require all adults to pay 500 shillings per month or 6,000 shillings per year under a universal health coverage (UHC) scheme refurbished for outpatient and inpatient services including maternity, dialysis, cancer treatment and operation.

MPs rejected amendments by the National Assembly’s Committee on Health, which sought to charge national and county governments the bills for 5.1 million poor households.

“A person who has reached the age of 18 and is not a beneficiary must register as a member of the fund,” indicates a new clause, introduced last night in the bill.

The NHIF Board of Directors will determine the rate that unemployed youth will pay to the Fund.

Employers whose workers earn less than 12,000 shillings will now be required to supplement their employees’ contributions to the NHIF.

Currently, workers earning between 8,000 and 11,999 shillings pay 400 shillings per month, according to NHIF rates.

Formal sector workers contribute to the NHIF on the basis of their wages, with the highest contribution being 1,700 Sh

Employers faced additional monthly statutory withholdings of up to 1,700 shillings per worker under the bill, but majority leader Amos Kimunya pressured MPs to make changes so that employers top up employee contributions instead of matching them.

Formal workers paid 24.89 billion shillings to the NHIF in the fiscal year ended June 2017, meaning employers had to spend more than that on state health coverage as formal contributors were rose to 4.452 million at the end of June of last year.

“Any other employer is responsible as a contributor to the Fund towards its employees. “

In June, President Uhuru Kenyatta called on lawmakers to pass the bill, which gives his administration the best chance of providing affordable health care to all Kenyans.

The employers had asked parliament to reject the proposed bill requiring them to match their workers’ contributions to the NHIF, saying it would be an additional burden as they struggle to recover from the economic fallout from the coronavirus pandemic.

MPs also created three categories and rates payable to the NHIF by people whose income is derived from self-employment.

“The main thing is to make sure that a contributor without a family pays a different rate than with a family. Unemployed people whether young or old and who are not destitute will have a different rate, ”said Kimunya. The council will determine the rates by regulation.

Official data shows that more than 25.36 million Kenyans are aged 18 and over, meaning that mandatory contributions would have added at least 16.36 million contributors, nearly tripling the number of NHIF members.

GADVASU will organize a training program for “goat breeders”