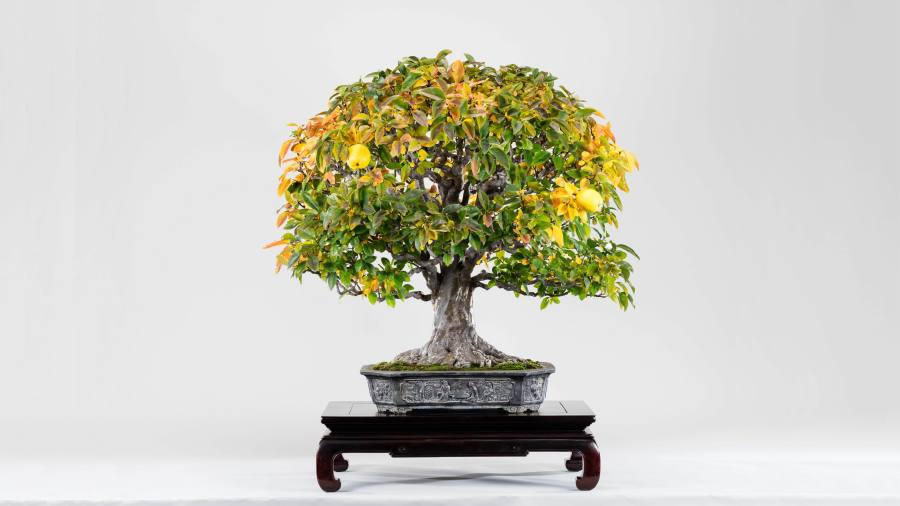 The house in 50 objects from around the world #24: bonsai

For the uninitiated, bonsai trees are confusing: why spend hours or even years pruning, pinching and wiring a plant to produce the arboreal equivalent of a miniature poodle?

As such, they can be worth anywhere from $20 to over $1 million. The most expensive on record is a 300-year-old white pine that sold for $1.3 million. But others, like the best works of art, are considered priceless.

Harry Turton, of the Omiya Bonsai Art Museum in Saitama, Japan, says for security reasons he cannot reveal the value of this 150-year-old Karine, or Chinese quince, in the museum’s collection. But he assures me that it is worth a lot. It was named the first Kicho Bonsai – a title given only to extremely important trees – by the Nippon Bonsai Association. Its “thick, strong roots, powerfully heaving trunk and swaying branches” adorned the homes of several former prime ministers.

Bonsai, which translates as “tree in a pot”, is not a species of tree, as is often thought. Any tree can become a bonsai: a California redwood, for example, could grow a few centimeters tall rather than hundreds of feet.

Bonsai originated in China 2,000 years ago, based on the Taoist belief that the recreation of landscapes in miniature gave magical power. They were symbols of status and honor. In Japan, bonsai became intertwined with Zen Buddhist philosophy, which finds beauty in austerity – a single tree in a pot could represent the universe. Zen Buddhists also believe that the meaninglessness inherent in existence can be countered with patience and discipline – crucial qualities in bonsai cultivation.

Wabi-sabi, or acceptance of life’s transience and imperfections, is also an integral part of bonsai. Trees are cherished in all seasons, blooming or bare, the most asymmetrical and prematurely withered specimens being the most revered.

The oldest known specimen, the Ficus retusa Linn at the Crespi Bonsai Museum in Italy, is around 1,000 years old. No less impressive is the Yamaki pine, which, although a comparative sapling at only 400 years old, survived the Hiroshima atomic bomb.

Its appeal is perhaps best explained by bonsai master Saburo Kato, who likened bonsai cultivation to raising children: an endless, arduous battle with the forces of nature, requiring perseverance, kindness and unconditional love. .

Give your home a green update with these nurseries