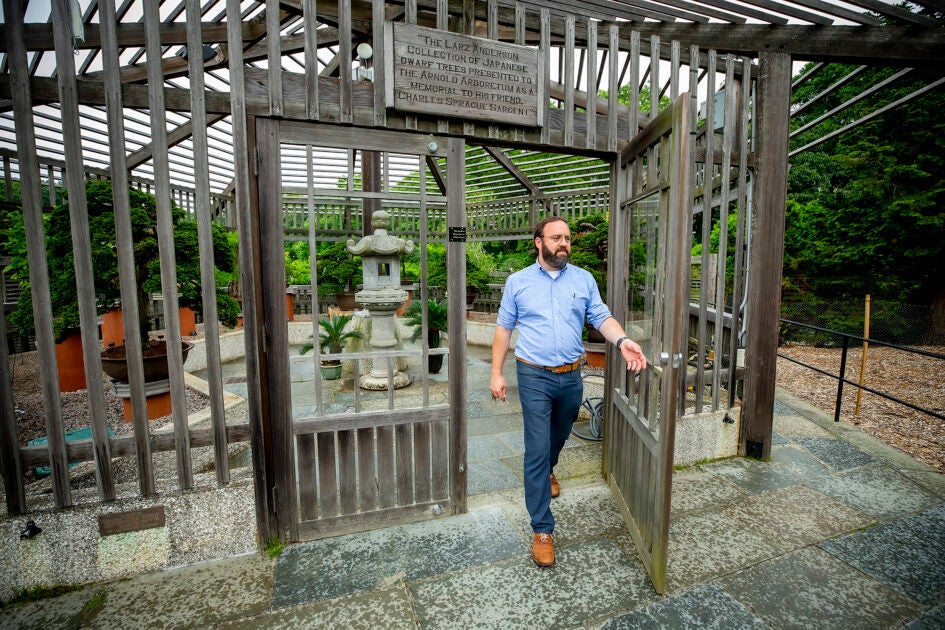 “As long as the leaves are green and the plant is healthy, I don’t care about anything else,” Schneider said. “We’re a 1,000-year-old institution, so if someone says to me, ‘You’ll be dead a long time before it’s exposed,’ that’s fine with me.”

The Arboretum’s bonsai collection began in 1937, when former Ambassador to Japan Larz Anderson died and his widow, Isabel, donated 30 plants he had brought back from the island nation in 1913. Nine more followed Isabel’s death in 1949.

Over the following decades, the fortunes of the collection rose and fell. Several of Anderson’s original plants have died from improper care or damage from harsh New England winters, leading to the construction of a concrete cold store in which they are kept just above freezing point during the most icy months. Plants have also been stolen, including six lost in a 1986 burglary that led to renovations to the bonsai house and the addition of a new security system.

When Director of the Arboretum and Arnold Professor of Organismal and Evolutionary Biology William Friedman took over in 2011, he found a bonsai collection that needed more care and attention.

“It’s one of Harvard’s great museum collections. He happens to be alive,” Friedman said. “And keeping a very stressed plant alive for hundreds of years is a huge responsibility.”

In 2014, he put Schneider, director of operations and public programs at the Arboretum, in charge of the collection, and Schneider dove in, educating himself as much as possible here and on trips to Japan. Japan was a revelation, Schneider said. Before going there, he had the illusion that the Arboretum managed the collection well. When he left, he realized how much they had to learn.

“This is a collection that has the potential to do much more in terms of visitor experience and showcasing Chinese and Japanese traditions of penjing and bonsai,” Friedman said. “What Steve has done – he has a passion for plants, a personal passion – is spent years thinking about a strategy to bring this collection to its potential.”

Bonsai trees take centuries to grow and years of training