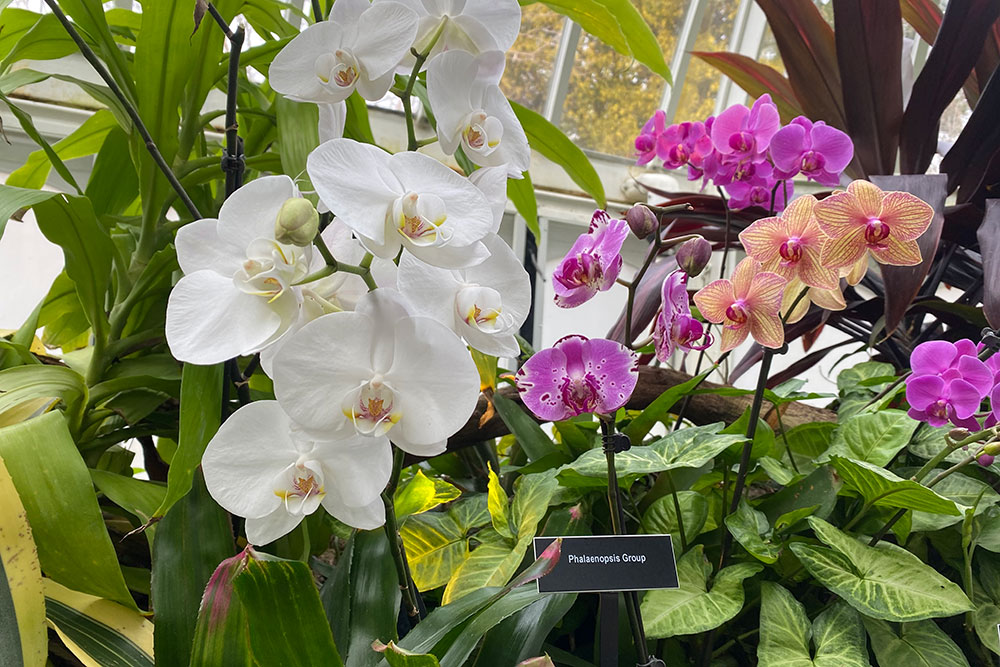 Ohen you think of winter in Pittsburgh, you might imagine a landscape of cloudy gray skies, tall gray buildings, and bare gray trees. This year, Phipps Conservatory and Botanical Gardens is determined to bring some vibrancy and color to the season.

It’s all part of Phipps”Orchid and tropical bonsai show: an ocean of colors“, the latest in a long series of annual exhibitions highlighting orchids and bonsai, which opened on January 15.

“For this year’s theme, we knew we wanted something very tropical and aquatic to complement our “hawaii rainforest“, which will run concurrently with this show beginning Saturday, February 19,” said Joe Reed, director of marketing and communications for Phipps.

The aquatic theme is present in the decor and design of the veranda. A rainbow school of koi-shaped windsocks hangs from the glass ceiling of Palm Court. Fish-shaped statues spit water into fountains and hold flowers in their mouths. Water flows in ponds and fountains on the veranda, and some rooms – including, for the first time, the Sunken Garden – are even home to live fish.

Orchids and bonsai have been part of the conservatory’s permanent collection for decades.

The orchid collection began when Charles D. Armstrong, owner of the Armstrong Cork Company, donated 800 rare orchids worth $50,000 to the conservatory in the 1931 round.

The conservatory began hosting dedicated orchid shows in the late 1990s; he added tropical bonsai in the early 2010s.

Even though the show features the same two plant families every year, Reed says there’s always something new and interesting for guests to see.

“The orchid family has over 28,000 species currently accepted worldwide, which means there are endless possibilities in terms of variety, and each bonsai is unique thanks to the decades of careful artistic pruning it receives,” says Reed.

When visiting Phipps, customers may also see the “Garden railway: bridges and tunnels‘, which features iconic Pittsburgh scenes in miniature form – including a working Duquesne Incline, Liberty Tunnels closed for construction, and 2019’s infamous Chasm Bus on a downtown street.

The Orchid and Tropical Bonsai Show and the Garden Railway: Bridges and Tunnels will end on March 6. Phipps is open 9:30 a.m. to 5 p.m. Sunday through Thursday and 9:30 a.m. to 10 p.m. Friday and Saturday.

Members and non-members must book tickets online in advance.