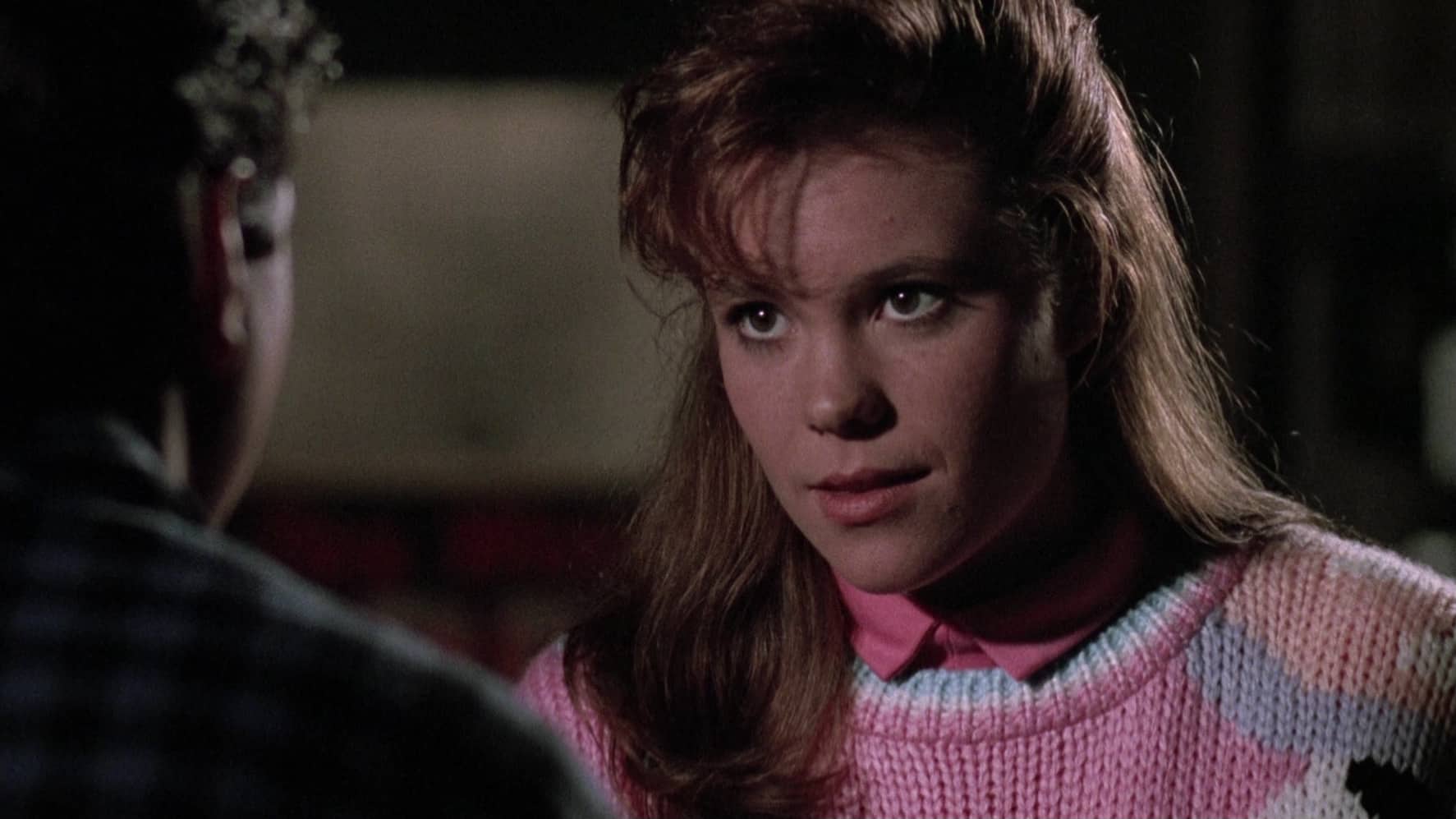 A classic Karate Kid character makes an appearance in Season 5 of Cobra Kai. But who is Jessica Andrews? And how does she connect to Daniel LaRusso?

Cobra Kai is about the ongoing war between karate foes Daniel LaRusso and Johnny Lawrence, and the battle between the kids in the respective dojos.

We’ve already established that Mike Barnes – another Part III villain – makes a cameo in Season 5. But an old love of that film also popped up midway through the series.

Who is Jessica Andrews in The Karate Kid Part III?

In The Karate Kid Part III, Jessica Andrews almost becomes Daniel LaRusso’s girlfriend, as she also finds herself embroiled in his drama with Terry Silver and Mike Barnes.

The film sees Mr. Miyagi opening a Bonsai Tree store, and Jessica – who moved to Los Angeles from Ohio – works in the pottery store across the road. Daniel has an immediate connection with Jessica when they meet and asks her out on a date.

Ralph Macchio as Daniel and Robin Lively as Jessica in The Karate Kid Part III.

However, the course of love does not run smoothly, as pretty much every time they get together, karate bad-boy Mike Barnes seems to cause trouble, fighting Daniel, punching Jessica and even threatening to kill them during a rendezvous while rappelling.

Their short-lived romance ends when Daniel breaks a guy’s nose at a club, after which they decide to be friends, and Jessica moves back to Ohio.

How does Jessica Andrews fit into Cobra Kai?

Jessica was upset by Daniel’s temper and his use of violence in The Karate Kid Part III. And his wife Amanda feels the same way in season 5 of Cobra Kai, so much so that she needs a break, so heads to her hometown in Ohio with the kids.

There, she goes to a bar with her cousin, who happens to be… Jessica! It turns out that when Amanda moved to Los Angeles, Amanda hooked her up with Daniel, and the rest is Cobra Kai history.

The couple have a heart-to-heart over drinks, and Jessica suggests that Amanda give Daniel some slack regarding Terry Silver, explaining that he did a “real number” on her husband, and that Daniel perfectly right to hate the nasty ponytail.

They also get into a bar fight, in which Amanda’s daughter, Samantha, saves the day. But that’s all we see of Jessica, so she never shares scenes with Daniel.

Lively is best known for playing the titular character in the 1989 teen comedy Teen Witch, during which she witnessed a memorable – and now infamous – rap (see below).

Lively was a child star who appeared in bands like Punky Brewster, Silver Spoons and 21 Jump Street, before landing the recurring role of Lana Budding Milford on Twin Peaks.

Her highest-profile project since then has been the 2014 horror film Ouija, while Lively has continued to do television, appearing on shows like 30 Rock, Psych and It’s Always Sunny in Philadelphia.

Lively recently played Sara Bellum in the Powerpuff TV pilot – a live-action sequel to The Powerpuff Girls – but the series has yet to be greenlit.

Cobra Kai Season 5 is available to stream on Netflix now.